Survivor is the United States version of the international Survivor TV show franchise. The TV show is one the reality TV shows in the United States, and was derived from the Swedish TV series Expedition Robinson that was created by Charlie Parsons which premiered in 1997. 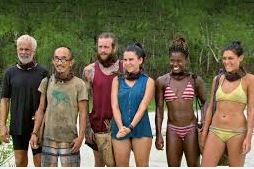 Survivor American series premiered on May 31, 2000, on CBS. The TV show is hosted by TV personality Jeff Probst, who is also an executive producer of the show. The series was also executive produced by Mark Burnett and original creator, Parsons.

The show is based on a group of strangers in an isolated location, where they must provide fire, food, water, and even shelter for themselves.

The players get to compete in challenges for rewards and immunity from getting eliminated. The contestants are also progressively eliminated from the TV game show as they are voted out by their fellow contestants. The elimination continues until only one contestant remains and is given the title of “Sole Survivor” and is also awarded a grand prize of US$1,000,000.

The American version of the TV show has been very successful. From 2000–2001 through the 2005–2006 television seasons, its first eleven seasons (competitions) rated amongst the top ten most watched shows.

The TV show was renewed again for the 33rd season, Survivor: Millennials vs. Gen X, which will make its debut on September 21, 2016.

Format And Rules Of Survivor

The first season of Survivor U.S. series followed the same general format as the Swedish series. about sixteen or more players are divided into two or more “tribes”, and are taken to a remote isolated location (often in a tropical climate) and are forced to live off the land with very little supplies for 39 days. Different physical challenges are used to pit the teams against each other for rewards, like food or luxuries, or for “immunity”. This will force the other tribe to attend “Tribal Council”, where they must vote out one of their own players. When about half the players are left, the tribes are joined to make a single tribe. After the merge, the competitions are on an individual basis. Some of the players that are voted out at this stage form the “jury” of the game.

When the players are down to two or three people, a final Tribal Council will be held where the remaining players get to plead their case to the jury members. The jury will then vote for the player that should be considered the “Sole Survivor” and win the show’s grand prize.

In all the seasons for the United States version, this has also included a $1 million prize in addition to the Sole Survivor title. In the early seasons, additional prizes such as a car was also included.

The U.S. version of the TV show has added lots of modifications, or “twists”, on the core rules. This was done to keep the players on their toes and to also prevent players from relying on strategies that worked in prior seasons.

These changes include tribal switches, seasons beginning with more than two tribes, the ability to exile a player from a tribe for a short period of time, some hidden immunity idols that can be used by players to save themselves at Tribal Council and also a chance to return to the regular gameplay after being eliminated through “Redemption Island” or “The Outcast Tribe”.

The American version of Survivor has been shot in different locations around the world since the first season. The location often favors warm and tropical climates.

Though locations change across the globe in the first dozen seasons, recent seasons of the TV show have used the same general location for the back-to-back filming of two cycles.