Google Translator also works not just on single web pages, but on an entire website. You can use the Google Translate Website to change even the languages as you browse.

But if you want to use Google Translator casually to see what a website looks like in Spanish, Google translate should work just fine. For example, if you want to Google Translate English to Spanish to see how it looks, it will work fine. As I said earlier, you will have to be careful with using Translate Google or relying on it for any official use.

First, go to https://translate.google.com/manager/website/ and sign in to your Google account when you are prompted to do so.

Moving on to the next page, you will have to complete two parts:

Click the Next button (As found in the picture below). 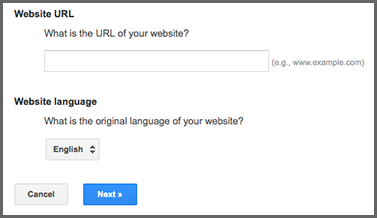 While on this page for your Google Translator, you will need to choose if you want to be able to translate into all available languages or only the languages that you choose. While on the page, you will also choose how the Google Translate widget will look like on your website, and also the advanced features.

And when you are finished with your choices, click Get Code. (As seen in the picture below). 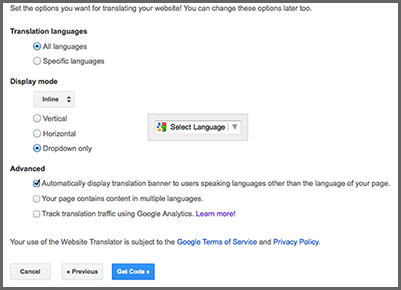 On the next page, you will then see some code that you’re required to insert into your website.

To reach the Manage translation option anytime, you can do so by going to  https://translate.google.com/manager/website/ and logging in to your Google account.